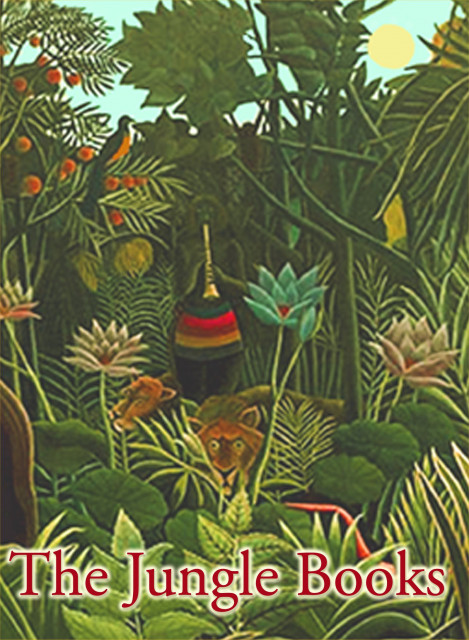 The Jungle Books can be regarded as classic stories told by an adult to children. But they also constitute a complex literary work of art in which the whole of Kipling's philosophy of life is expressed in miniature.

They are best known for the 'Mowgli' stories; the tale of a baby abandoned and brought up by wolves, educated in the ways and secrets of the jungle by Kaa the python, Baloo the bear, and Bagheera the black panther. The stories, a mixture of fantasy, myth, and magic, are underpinned by Kipling's abiding preoccupation with the theme of self-discovery, and the nature of the 'Law'.