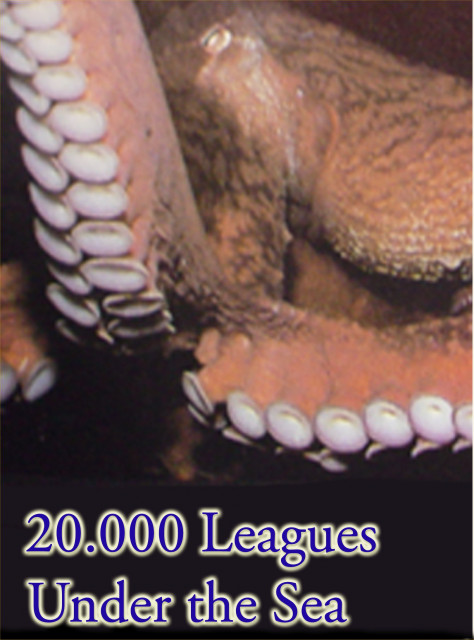 20,000 Leagues Under the Sea by Jules Verne, performed by Catherine Byers

20,000 Leagues Under the Sea by Jules Verne, performed by Catherine Byers. 20,000 Leagues Under the Sea is probably Jules Verne's most adored work. It was published in two volumes. The first volume appeared in 1869 and the second in 1870. At the onset, we are immediately alerted to an international concern -- ships are disappearing all over the world. All inquires point to a sea monster. Professor Pierre Aronnax, his manservant, Conseil, and Canadian harpooner, Ned Land, are summoned by the United States government to join an expedition to kill the sea monster, which has become a threat to the water world. The trio sets out on the Abraham Lincoln. They locate their foe and attack, only to find that the "sea monster" is actually a submarine. During the battle they are thrown about the sea and subsequently find themselves the reluctant guests of the submarine's owner, the enigmatic Captain Nemo. Nemo has cut all ties with humanity and lives his life aboard his submarine, the Nautilus. He holds his guests captive and takes them on a series of dangerous escapades under the sea. Jules Gabriel Verne was born in Nantes, France, in 1828. He studied law in Paris, but it is was there that his passion for theatre and writing grew. Such great writers as Victor Hugo and Alexandre Dumas influenced him. He discontinued his studies. When his father found out that he planned to pursue the written word and not law, he immediately discontinued supporting Verne's activities. This proved to be the incentive Verne needed to begin voraciously selling his works. Before he would begin to write, Verne would do extensive research. As a result, his works are filled with details that are sound and tones that are realistic. One could actually wonder whether or not the events had taken place. In fact, this was the case with his first novel, Five Weeks in a Balloon. The images and characters Verne creates in 20,000 Leagues Under the Sea are fantastic and unforgettable, worthy of savoring. Perhaps that is why his novels remain always and forever, popular.

To listen to a sample click “Try Demo” below and to find more information click “More Details".