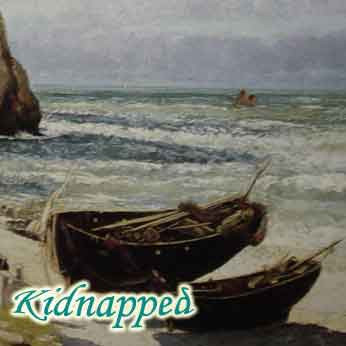 Young master David Balfour travels to the House of Shaws to claim his inheritance. His welcome is less than enthusiastic and he soon finds himself kidnapped, the victim of a plot to have him murdered. With the help of rebel Alan Breck, David escapes, only to find himself suspected of murder and hunted across the Scottish moors.

The author was born in Edinburgh, Scotland in 1850 and died at the young age of 44 on a small Samoan island in the Pacific. He was as adventurous in his life as some of his characters and left his mark in many unlikely places ~ he even lived for a while in an abandoned mining shack in Northern California as the rents in San Francisco were too expensive ... even then?