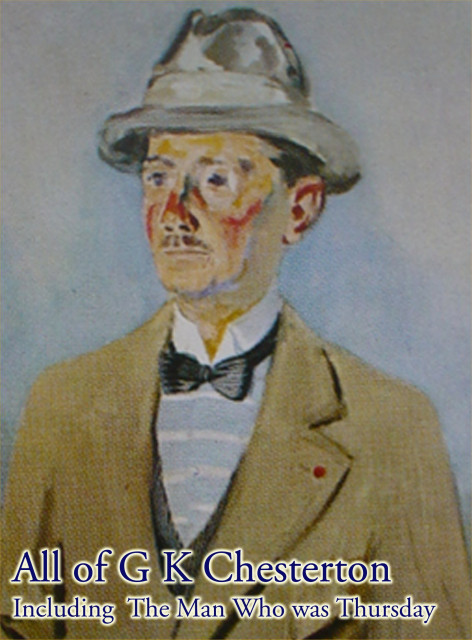 The Man who was Thursday audiobook mp3 d/l

The Man who was Thursday by G.K. Chesterton performed by Patrick Horgan.

The Man who was Thursday

- a delightful and clever novel about a poet with a flair for detection who infiltrates a secret club of anarchists in London at the end of the 1890's. Chesterton is known for brilliance and inventiveness and this is one of his best-known tales.

The Hammer of God
The Invisible Man
The Queer Feet
The Secret Garden
The Wrong Shape
The Absence of Mr. Glass
The Purple Wig
The Blue Cross

Chesterton is also famous for his great fictional character 'Father Brown' who first appears in a collection of short stories called 'The Innocence of Father Brown' first published in 1911. The first story, 'The Blue Cross' is one of the most famous and most frequently reprinted.