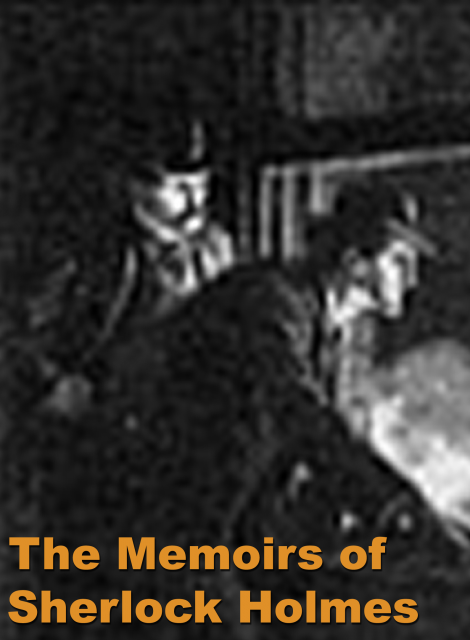 The Memoirs of Sherlock Holmes

The great success of the Adventures of Sherlock Holmes led Strand Magazine to pay Arthur Conan Doyle the unheard of sum of 1000 pounds for another dozen adventures in 1892. His fourth book took him nearly a year to produce, and the stories culminated with the appearance of the master criminal Professor Moriarty and the most unwelcome death of the hero. Like a man who gets kudos from Oprah but really hankers after a Booker Prize Doyle claimed that Holmes took him away from more serious work, and he had no intention of resurrecting his now famous detective.

All the stories in this collection are well known but the last may be called notorious. A careful reader might notice that the first story takes place in Winchester like the last story in the "Adventures". Furthermore the "Silver Blaze" in this story is echoed by the silver cigarette case which Watson finds in the last story along with a message from his friend. A new level of subtext is becoming obvious. Readers may begin to hunt for clues. Is Holmes really dead? "The Detection of Sherlock Holmes" written by Patrick Horgan and available from Decklin's Domain provides the solution.