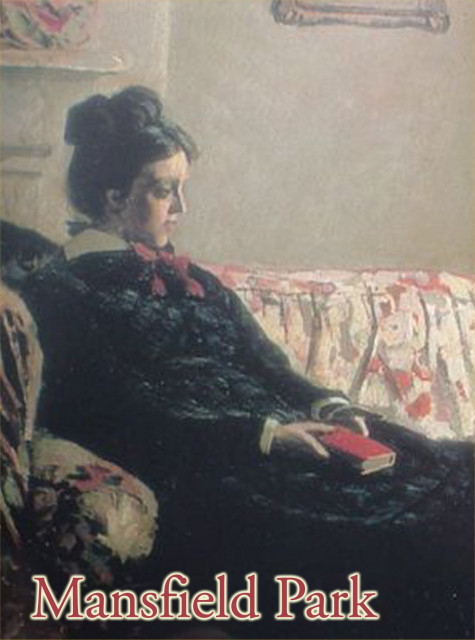 Mansfield Park was published in 1814, and written between the years 1811 and 1813. This is a complicated novel, even by Austen’s standards. There is a social awareness in this novel that far surpasses the others, with an emphasis on the condition of the times as it relates to the slave trade and the source of the wealth of the British upper class by way of corruption and exploitation.

The protagonist, Fanny Price, is the daughter of a sailor turned drunkard and a woman who married beneath her station. She sets out to live with Sir Thomas and Lady Bertram, her wealthy aunt and uncle. They take pity on her and see this as an act of charity. However, Fanny is always reminded of her position and often mistreated. She eventually earns her place in the family and becomes a valuable member. Fanny is secretly in love with the Bertrams’ son, Edmund, but is sought after by the smooth Henry Crawford. In the 19th century, the only way for a woman to move up or down the social ladder is by marrying. Throughout the novel, Fanny’s quest is to find her place in this social order.

Interestingly, the age-old debate of “nature” vs. “nurture” is at the heart of this work. Are the qualities that make up one’s character innate or the result of one’s environment? Once determined, are we capable of change? The novel’s use of the country vs. the city to explore this issue provides for a rather obvious but effective example of good and evil, respectively. It seems to say that the city supports a life of vice, and the country a life of goodness and virtue. However, this theory soon breaks down as events unfold and become more complicated.

The most practical of all her novels, Mansfield Park, ends rather abruptly and without consequence. However, we are left pondering the merits of virtue and its place in our own life’s course.